Home / A Few Sharks Get Super Stuck On A Product! 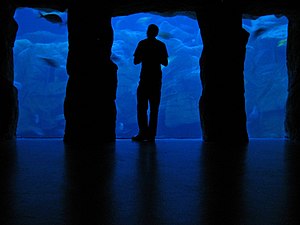 Eric Child and Spencer Quinn walked into Shark Tank to pitch FiberFix. They claim their product, which is a super-strong tape, is one hundred times stronger than duct tape. FiberFix is water proof and can fix anything from pipes to windows. It is cold and heat-resistant, non-toxic, and it dries in minutes. Eric and Spencer asked for $90,000 for 10% equity in their company.

They handed out their product to the Sharks and said they’ve sold over $100,000 in the past few months. Then they announced they’re signed with QVC which made Daymond go out because of a deal with HSN. Lori then offered $250,000 for 18% as she is a QVC mogul. She also said she would produce an infomercial. Robert made a good point when he stated men don’t buy tools on QVC. However, he offered the guys a $250,000 line of credit to help them out.

With Sharks biting, the guys decided to step out of the room to discuss their best option. While they’re gone, Mark comments to the other Sharks that the business is under priced which has never been said on Shark Tank.

In the end, Eric and Spencer come back to counter Lori with $120,000 for 12% equity with a $2,000,000 line of credit. She thinks this over and offers $120,000 for 12% equity but with no specific line of credit as long as she funds all purchase orders. That was enough for the guys as they took the deal with Lori. If you or anyone you know has an invention idea and needs help, please contact us at New Product Consulting.

SkyMall and The Next Big Zing team up for a contest!